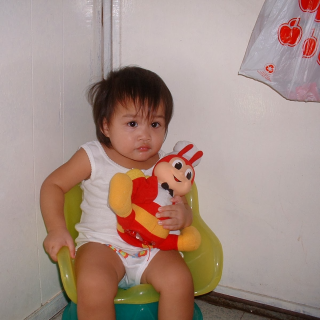 #amwriting #amplanning
an excerpt from “the hues of those i love”, a short story I just published on my blog. Link in bio!
a morning crossword puzzle and a swag board at a Starbucks! :)
had a great day today! headed to this amazing board game cafe down in my city… My d&d friends came to visit!
familiar, I think?
some writing today ft. my progress chart! i can’t believe it’s almost the end of camp NaNoWriMo again. (I found the template online ;))

Photo by Patrick Tomasso on Unsplash

The skies of a fantasy world stays vivid with the hues of pinks and purples, and as stormy as an author imagines it to be.

The skies of my reality, away from the safety of my desk and keyboard, are much duller than in my imagination. It is filled with unpredictable hues — sometimes that blue-pink-purple I dream of, but most times that eggshell blue and that overcast gray, accompanied by bad weather or too-hot days.

Maybe that’s why, as a growing young writer and individual, I preferred the scribbling of words and devouring of stories over what I had in front of me. Even with their warring continents and spanning kingdoms, the reality of muddy colors didn’t exist unless it needed to, and nothing ever happened without a purpose or a higher message. In the real world, people’s stories can stop before they are meant to finish and people can disappoint and abandon you, leaving behind cliffhangers that are never resolved and scars that will never heal. Reality hurt, which made turning to the safe havens of those blue-pink skies in novels that much easier.

I then had the privilege of meeting a colorful cast of people throughout my school years — the first being a girl I met in the sixth grade, who, within the jagged grey, was a bubblegum pink shade. I said hello, and she said it back. Now we still call all the time, exchanging gossip and beauty tips.

When the colorless reality starts becoming peppered with these bright colors, it becomes harder to remain a hermit within your work. Suddenly, the land of brave sword-wielding characters draws parallel to those of friends I met in real life, such as the blood red of the boy who swears he would “fight anyone that messes with” me, and the soft teal of the natural protector, who vows to do the same with their swinging lanyard of keys. They both have their dark moments, like any warrior, but chooses to get up just to beat me in a video game.

The other day, I drove friends home after playing hours of hilarious games at a tavern, like a cast of eager adventurers. In my rearview mirror, I could see their colors. The life of the party, an electric purple, picked the music, while the baby blue, the true creative, sat peacefully, bobbing their head to the soft melody. We made it home safe, and texted each other to make sure.

In the past, I once fell in love with the pastel pink, a sweet person who would conjure up fun facts like spells, as well as the forest green, an individual who means what they say and reaches for what they want. In the recent present, the obsidian black presented himself to me, mystical in all that he was, only to reveal that his laugh was more contagious than any I’ve ever heard.

The canary yellow, never boring, offers the best advice, and on karaoke nights, offers a voice only a siren can produce. On late night calls of crisis and crying, the sky blue lends a listening ear and pictures of her mischievous tomcat. The rich magenta likes to pummel me with aggressive love, like slingshotting paper — something everyone needs every now and then.

Recently, saying goodbye to the sage green, the proclaimed ‘mother of the group’ (who never gets enough appreciation), was difficult. She promised to visit my state at least once a year, and to cut my hair if it ever gets long again. Car rides with her felt a lot like those heroic adventures I wrote about.

I still get lost in the words I write, but every now and then, these people of my reality inspire me to turn my eyes away from the pen and paper and appreciate the present. But, as always, the world is messy, and my friends and I have to leave for college. Being a rising freshman means new things — new colors in my life that may blend together better than the current cast and new opportunities that can take me far, far away.

But at least my safe haven is no longer within skies that don’t exist, and is instead within the bright hues of the people I love. The reality I so desperately wanted to escape through writing became a colorful place once I found people who loved me just as I did them.

Thank you for reading! This is a very personal piece that was honestly quite hard to write. I wrote a few beginnings and deleted all of them, and had to take a short break before going back to this project. I aimed to combine elements of my personal/writing life with the concept of ‘colors’ and explain my love for my friends while comparing reality with fantasy. As an author who predominantly uses writing to escape reality, I wanted to portray my escapism and how good things in my life have helped me refrain from retreating into a dangerous creative cycle. Overall, albeit a little ambitious, I think this piece turned out pretty well!

Anyway, this is dedicated to the members of my friend group. If you guys are reading this, have fun guessing which colors you all are. I love you each dearly.

I know all the professional authors and aspiring writers who are ‘serious in their craft’ always advise newer writers to develop a daily writing schedule, and honestly, it’s a great piece of advice. It can enable a writer to have a dedicated time of the day to tap into their creative mind, do what they need to do, and still do everything else they need to in a day, whether it be other responsibilities or just have some free time.

And you know what, good for them! It’s a wonderful habit that I wish I could have. In some cases, it probably makes the writing process a lot easier since it prepares the writer for the work ahead.

However, I . . . don’t really do that. I mean, I’ve tried, especially at the beginning of Camp NaNoWriMo this month.

“Writing every day? I could write a word, and I’ll be good, as long as it’s something,” I said to myself.

And it’s an easy enough mantra; I could just load up by document, type up ‘the‘ (like in the Spongebob scene), and feel accomplished in keeping up with my writing streak.

But, as time went on, I realized that keeping up with a daily objective was not entirely healthy for me. I started to care about superficial things again: word counts, writing streaks, my social media presence — things that, in the long run, sucked the joy out of writing.

At first, it took me a long time to realize that those things didn’t matter. It was whether or not I was happy that did. Like any relationship, my relationship with writing needed constant work. Writing was my time to escape into my own world and forget about everything else. But my life, being a teenager-recently-turned-adult with a bajillion plans and responsibilities, needed time and attention too. Once they started overlapping, it became harder to do the things I wanted to do in my free time, such as gaming, doing art, and just letting myself relax.

I know that as a kid, just writing for the sake of writing, without any pressure to feel a certain quota, was the best way I handled my tasks.

I still don’t know what the perfect formula to get me to write effectively is. Admittedly, I feel disappointed that I don’t write as much as I used to; I used to slam out 2,000 words a day during Camp NaNoWriMo and ride the high of wanting a finished product. Now I’m lucky if I even write for ten minutes straight. In ways, I feel like I had failed.

But I know now, after growing a little, that that’s not true at all. I’m happier as a writer now. I feel more balanced in my life and with my writing than I ever have been. I just need to forgive myself for simply not having the energy to write, and realize that I need rest too.

Writing everyday, though it’s effective, is something that I would need to build up to. Years of only writing during Julys, Aprils, and Novembers is hard to overcome. It’s a lot like that analogy, y’know, sprinting before a marathon.

I hope that I could build back up to a consistent, healthy schedule for myself. But for now, I have the time and resources to write only when I want to.

And who knows, maybe if I take up writing as a career, my entire mindset will change. But I’m still a kid, and it’s time I let myself be one.

(Photo by Kelly Sikkema on Unsplash)